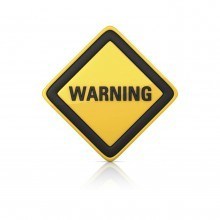 When somebody says something to you and you reply or interrupt with the word “but”, it tends to suggest that you are probably going to disagree with everything that they have just said.

The other person then gets defensive and will just look for more and more evidence to support the case that they were building with their initial statement.

A far better way to reply to someone who has a difference of opinion to you is to initially seem to agree with them and then move the conversation on.

For example, say I am in a discussion with somebody about purchasing a car in a particular colour and they say:

If in response to that I reply, “But blue is better,” they are likely to just say, “No. I think that red is the best colour” and constantly defend their initial position.

However, if when faced with someone saying, “I think that car is best in red”, I would reply with something along the lines of :

“Yes, I can see why you would say that, red is a really, really good colour for the car. Have you noticed the different greens and blues that are available today as well? Because one of the things that the blue and green models bring about is an air of exclusivity because there are very few of them on the road.”

So, in this car example again, the other person has said to you “I think red is the best colour.” You could reply, “And green is not bad either. In fact, I think the best colour of all is blue. That’s because it’s a new one they’ve just bought out and there are very, very few of those models on the road in blue.” What you’ve done there is appear to agree with them and then moved them on to focusing on your idea of a different colour without appearing to totally disagree with them. It’s been a much smoother transition in the discussion.