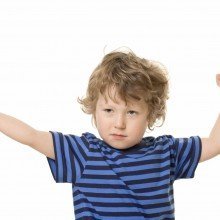 When you are surrounded by a group of people you don’t know, it’s important for you look to own your environment.

Make them aware that you are open to communication and that you are not somebody who is just going to sit quietly in the corner.

It’s not just about what you say

Keep in mind it’s not just about simply speaking up or what you say. You can also own your environment by taking up more space – so, standing a little wider, perhaps with your legs a bit further apart, or having your hands on your hips. Also doing things like stretching – stretching your body; stretching your arms and similar movements to make it seem like you are just flexing and loosening up – encourages people to notice you. You take up more space. It’s sort of “being seen but not heard” in an unobtrusive way.

People who are animated or make sounds come across as being more confident and the proactive leaders in any situation. So, that’s why I always say, look to own or at least be a serious contributor to your environment. Otherwise you risk being the quiet wallflower.

An example of owning your environment

A while ago I went into an Apple store because I had a problem with my iPhone. I had an appointment at what they call “The Genius Bar.” When I arrived, I was greeted by one of the team members and told to take a seat at one particular table where there were already three other people sitting. Nobody was talking at the table so it seemed like all three people were separate and on their own.

Now, I could have sat there in what would have become a very awkward silence. I decided instead that I would start a conversation and, in doing this, be the talkative one of the table. I made sure I was sitting in a very relaxed manner, with my arms stretched out and leaning across the table, rather than my hands clasped in my lap like the other people at the table.

I then simply turned around, moving my head from side to side so that I was making eye contact with all three people and I just said, “So are you all waiting to see somebody or have any of you been seen?”

Two of them just acknowledged and said, “Waiting” or something similar. One of them started to tell me that she was waiting for somebody to come back to her and that she’d had to backup her phone before she could have anything else done with it in the store.

This then progressed into a conversation between us about what we were there for, what was going on with our iPhones, and so on. But I was the lead person because I had initiated and was asking most of the questions – hence, for want of a better phrase, I was “owning my environment”.

If we don’t “own our own environment” or at least be a major player in it we can quickly feel excluded and awkward in many situations.

This article is based on content from my book “How to Talk to Absolutely Anyone” published by Capstone, Wiley.