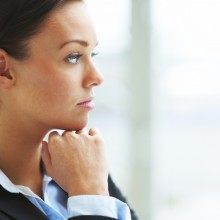 One of the biggest reasons people hesitate from speaking to people they don’t know is the fear of what might happen.

The worry of what other people might think is very common, in fact I come across this with clients on a very regular basis. This can be associated with work,career,business or social life. Often it is all of these.

Really for most people this is because we have a certain belief – in some way or another we believe that other people might judge us or what we are doing and if they do judge us they will think badly of us. After all I don’t think that too many people worrying about what others think are actually worried other people may think good things about them!

We often don’t know what others are thinking and if they are thinking bad things about us – does it matter? Most times we worry about this judgement relating to things that really are not that important in the grand scheme of things. I am not saying we should not be considerate and not be concerned about how our actions may affect others. Not at all. What I am saying is most of the time the worry about what other people think holds people back. Most of the time it is associated with topics that don’t matter in the larger scale of life and living. Everyday things like if we ask a question, return an item to a store, make a phone call, ask someone we don’t know for directions, park our car and it’s not straight, drop something by mistake while walking…

“Limiting Beliefs” are beliefs we have about ourselves, other people or the world in general that dictate how we approach things.

You need to uncover your dominant thought, you’ll probably realise it before the end of this article, or you’ll notice it in the next day or two.

It’s the thought that occurs most of the time, most often in the form of a question we keep asking ourselves over and over, trying to get an answer or some internal assurance that everything will be OK.

If you’ve not yet realised what yours is, here are some of the ones my clients have shared with me over the years:

When will I have enough money?
How am I going to meet all the bills this month?
What will they think?
What will people think of me?
Am I going to be ok?
What else is going to go wrong?

and so many others.

What we need to understand firstly is what is our dominant thought? Once we know that we need to ask ourselves what the Belief is behind that, quite simply by asking ourselves:

“What must I believe in order to keep thinking this?”

Ideas will come up and one will feel more true than the others.

For example a client who recently had the dominant thought of “What will people think of me?” realised they must believe they are not good enough. This in turn obviously leads us to the realisation that it’s not really about what other people think, but this statement comes to mind because we ourselves are afraid we might not be good enough.

Once you get to what you believe or “must believe” in order to have that thought you need to realise firstly it is not reality it is just a belief or way of thinking.

The next step is to start to breakdown this belief and that can be done in many ways one of which is:

Make a list of all the reasons why this belief is not true, write down all the arguments, reasons and evidence in your life that actually disprove the belief. So often our beliefs are generalised statements that get out of hand over time and affect what we notice in the world.

Once you have started to break down the belief come up with a new dominating thought that acknowledges the old one, but is an empowering thought that you can start to think of instead, one that points you in the right direction.

You need the persistence and discipline that every time you notice the old thought coming up you say the new one 5 times or more and attach a positive feeling to it.

You can get started today with my Free Coaching Course, by completing the form below, if you need help to be comfortable around people you don’t know and to be able to talk to absolutely anyone when you want to.