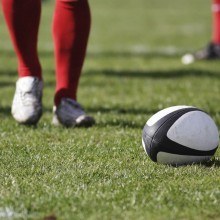 Just because you feel uncomfortable in a situation or feel fear, it doesn’t mean you have to pull back from taking the action.

Too often people feel the fear feeling and see it as a reason to stop. They see it as a red light. They assume because they have a fear they “can’t” do whatever it is that is generating that fear.

For instance lets take a different fear to the extreme, the fear of flying. Let’s say someone’s got a fear of flying and they say with no doubt whatsoever they can’t get on a plane. Yet if someone puts a gun to their head, they’ll get on that plane! It’s so often not that we “can’t” do things; it’s that we “won’t” do them because of the fear feeling or the imagined consequences of what might go wrong.

So, take this “fear signal” that comes up when you are outside your comfort zone, about to talk to someone, as a signal to “be aware” and not “beware”, that’s what it’s all about, the amber light. Realize that fear is an amber light not a red light. It is making you aware this is something new for you or something you not good at yet. It is natural to feel unsure but not a reason to stop.

Once you are able to hold at the amber light and consider situations, you can then decide if you go to red and stop, or green and proceed.

Often, when you proceed, you still can feel some of that “fear” and carry on regardless.

Take for instance Jonny Wilkinson, the English rugby player; he’s done a number of these big kicks at the end of the game, where the last kick of the game determines whether England wins or loses the World Cup. No pressure there then.

A radio interviewer asked him, “Jonny, do you ever get scared before you do those kicks?”

Jonny replied, “Yes, every time, but I know that fear is part of the process.”

You need to realise that sometimes fear and feeling uncomfortable is part of the process if you’re doing something different, no matter how simple it is, and knowing that can help you proceed from the amber light to the green light; from there, things can be so different.

In some situations as well people may never fully remove their fear to nothing but they know it is part of the process for them and it doesn’t stop them.

What Is REALLY Stopping You?