Handling the fear of making a mistake 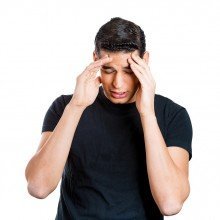 What about when things go wrong, perhaps you make mistake, say the wrong thing?

…the fear of this happening holds many people back from starting a conversation or speaking up.

A good approach is to imagine the worst happening and then imagine yourself dealing with it.

By doing this, you can tick a box in your mind against the fear, which will help you eliminate it or at least scale it down.

For instance, you might imagine people laughing at you when you get something wrong and then imagine yourself saying to the people that are laughing “I’m really glad you liked that” in an amusing, sarcastic way; or “I’m glad I put a smile on your face.”

If somebody gets annoyed and has a go at you in front of others you could imagine yourself turning round and saying “Okay, that’s interesting”.  Often this comment combined with a slight nodding of the head is very effective. The important thing these responses are said in a very calm way. When said in a calm way with confidence it says you do not care, they have not affected you. It also means that it shouldn’t escalate the situation which may be the case if you were using a sarcastic tonality instead.

These responses show that you haven’t taken their reaction to heart – you haven’t let the situation or their response intimidate you.

Pay attention to your self talk

Make sure you pay attention to your inner voice and the things you are saying to yourself. Ask yourself “Are these things constructive and moving me in the direction I want to go or is there another way of looking at this?”

I overcame an intense fear of public speaking.

I used to worry about what others would think if I got up and spoke in public. I feared rejection and worried about making mistakes. I have now reached the stage where I love speaking in public. I can speak to a thousand people with no notes or slides and I love every minute of it.

How did I get here?

By doing exactly what I’m telling you. I’d imagine it going well. I’d imagine people liking what I was doing. I practised on my own at home or in my office. I practiced how I would say things. I pretended it didn’t bother me when I got up to speak and I told myself that people would like me. I kept telling myself that I was good at it. I got really proud that I could do something so easily that others found really hard. I felt proud that I could do it and that was a great motivator for me to go ahead and make the most of a situation where I had previously worried what other people might think.

Worrying too much what others think

When you worry too much about what other people think, you are in real danger of missing out on what you could achieve. You, too, can change your beliefs about yourself and be amazed at how you can transform your life and results in a short period of time.