Proof that expectation of a good outcome can work 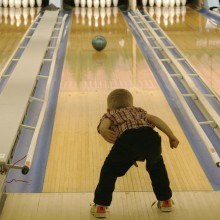 A really important attribute that successful people have is expectation of a good outcome.

Expectation controls the way our minds work. It’s easy to hear that successful people have the expectation of a good outcome and just think it is a nice concept and something that isn’t that real and just a bunch of positive thinking. However positive thinking and expectation of a good outcome means that when you go into situations, you appear more confident, your words are different, the phrases you use are different, even the pauses between words are different, and this all has an impact on the other person you are talking to or the activity you are carrying out.

It goes deeper than this though. It actually controls the way your mind encourages you to engage in an activity. It actually motivates you.

Take this everyday example. Let’s say we’ve got two people. They’ve both lost their jobs and are out of work. Everything about these two people is exactly the same. They’ve got the same background. They’ve got the same experience and the same qualifications. There’s actually only one difference between these two people. The first person expects to get a job and believes that there’s a job out there for them. The second person doesn’t believe there are any jobs out in the marketplace and doesn’t believe they will get a job.

So which one of the two people do you think is going through every newspaper, every magazine, looking at job adverts?

Which person do you think is contacting recruitment and job agencies on a daily basis?

Which person do you think is talking to friends, family, and other local businesses about opportunities?

On a subconscious level, normally people who don’t expect to get things don’t put the effort in or take the action needed. Because why would you put a load of effort and action into something if you knew or believed there was no real reward at the end of it?

However, expectation of a good outcome, if you believe that there is a reward at the end of it, so you actually do go and take the action that’s needed you stand much more chance of achieving whatever you’re going for. So it becomes a self-fulfilling prophecy.

So when you go out in the world, whatever it is, a meeting, a job interview, a potential client meeting, anything in life, even playing sports, having an expectation of a good outcome will massively improve your results, especially when backed up with belief.